Is Southern Comfort gluten free? Since I stopped eating gluten I wondered whether some alcoholic drinks contain gluten or not, and it today’s article, I want to check this out. So, can celiac people drink Southern Comfort or not? Let’s find out.

An alcoholic beverage that’s celebrated across the world for its smoothness and unmistakable fruity taste, Southern Comfort captures the spirit of its birthplace, New Orleans.

The year was 1874, and over the following one-and-a-half centuries, this company’s ownership has fallen into various hands. But, is southern comfort gluten free?

Now, one of the most intriguing things about Southern Comfort is its list of ingredients. No one really knows what exactly goes into the making of this popular beverage. It’s their well-kept secret. But, what’s not a big secret is that the whiskey content in its products has fluctuated over time.

Here’s a fun fact for you if you didn’t already know it. Southern Comfort started out with a whiskey base. But over the years, the base became a GNS (grain neutral spirit) with a whiskey flavour, until recently, when whiskey was put back in it. And, it has always been a risk for gluten intolerant people.

Cuffs & Button, SoCo, or Southern Comfort – You can call it what you want. But before you order yourself a peg of this liquid gold, you better know a little about it – And consider being careful about the potential enemy hiding in its concealed list of ingredients.

Born with a whiskey base, the beverage’s nature has changed several times. While it had whiskey when it was first launched, it later became a liqueur with a whiskey flavour.

It had some bourbon infused with fruit and spicy flavours. Then, in 2017, its new owner decided to put whiskey back in it.

Throughout all of this, SoCo has never really been a great friend for those who are allergic to gluten. SoCo has either contained whiskey or has had bourbon.

Both whiskey and bourbon are made from gluten grains. And, you know what that means for Southern Comfort!

Besides the fact that the whiskey base or possible bourbon infusion makes Southern Comfort unfit for people who are allergic to gluten, there’s a veil of mystery around the possible ingredients present in this beverage. There’s no way of knowing if its ingredients include more gluten or not.

It has been observed that people with Celiac disease or high sensitivity to gluten have faced health issues after consuming Southern Comfort. Even when the beverage had a non-whiskey base, a small number of people complained about the same.

Since we don’t have any information regarding the exact ingredients of SoCo, it is only logical to assume, based on the information we have, that it is unsafe for you if you’re gluten-sensitive. Besides, the experiences of people seem to support this conclusion.

Many people with gluten allergy have indeed had no problem after drinking Southern Comfort. However, it’s best if you don’t let that encourage you to drink this whiskey, especially if you have a severe gluten allergy condition and a strict no-gluten lifestyle.

What is Southern Comfort?

It’s been 140 years since Southern Comfort has been in the market, pouring the magical, flavoursome liquid into the glasses of alcohol lovers. MW Heron, a bartender, developed this beautiful drink. At that time, it was called Cuffs & Buttons.

Established in 1874, the company closed down during the Prohibition in the US after Heron passed away. It was later reopened by Francis E Fowler jr., a businessman. Fast-forward to 1979, when Brown-Forman purchased the company, only to sell it to the Sazerac Company in 2016.

Today, SoCo, in the hands of Sazerac, has a renewed vigour and a revived recipe. And, it offers three delicious whiskey variants – Original, Black, and 100 Proof. It’s the top choice for several cocktails like Southern Mule, Alabama Slammer, and, of course, the widely popular Scarlett O’Hara.

How Much Do We Know About Southern Comfort’s Ingredients?

So, we are back to what concerns us the most – the ingredients of Southern Comfort. As you must have understood by now, there is no telling what goes into the making of this beverage. However, over the years, there’s been some digging around, and we have a brief idea about its key ingredients.

Now, when the company was established back in 1874, its founder, a bartender named Martin Wilkes, developed it with a whiskey base. Later on, however, things changed as the drink changed into a liqueur with a whiskey flavour. The recipe for the new variant soon turned into a secret.

However, it is believed that the liqueur during this time was made with a base of 100% GNS. To put it simply, it was a kind of faux whiskey, with a vodka base made from distilled grain mash, including corn. At some point, the recipe also included some bourbon.

It also had infusions of sugar, spices, herbs, and fruits. The fruit concentrate primarily came from apricot. All these made SoCo a sweet and fruity beverage. It also became a popular base for cocktails because of its flavours. It was a lot easier to drink and enjoy than strong whiskey-based drinks.

However, despite having a vodka base, the brand continued to place itself as a beverage for the whiskey lovers. This was not particularly difficult, thanks to its vibrant colour. Besides, it also matched the alcohol level of whiskey, with 50% ABV.

Once the company was taken over by Sazerac, SoCo’s original recipe was reintroduced, with whiskey as its base. This happened in 2017. While the exact ingredients are not known, we know enough to conclude that Southern Comfort is not for people with gluten allergy.

Read More:  Does Baked Beans Have Gluten In Them? 4 Brands That are Safe

For a true connoisseur of alcoholic beverages, there’s nothing holier than whiskey. It’s rich and strong. And, you need real nerve to fall in love with whiskey. And, usually, it isn’t “love at first sight (or first taste)”; it’s more of an acquired taste.

So, it’s understandable if you’re not happy that your gluten allergy might come in the way of whiskey consumption. After all, whiskey is made from gluten grains. That means that it’s not gluten free. And, since bourbon is also a kind of whiskey, bourbon, by default, contains gluten.

There should not be any debate regarding the gluten free status of conventional whiskey and bourbon. However, many new whiskeys are being developed from non-glutinous grains. The process of distilling some whiskey variants also removes the gluten content in them.

But the idea that distillation makes whiskey safe for gluten intolerant people may be risky. The process may not be executed properly, and gluten-rich ingredients may get added after the liquor is distilled. Plus, there’s always the possibility of cross-contamination.

Now, you need to understand the difference between a gluten free beverage and a gluten removed one. The key factor that determines the gluten free status of a beverage is its source material. We must also consider the gluten content of other additives if any, as well as contaminations.

But primarily, when a beverage is made from a non-glutinous cereal, it’s gluten free. If the gluten from the source cereal is removed later, it’s a gluten removed liquor. And, by that logic, very few whiskeys are made from a gluten free source. But the gluten content may be removed from it later.

Now, how you will react to whiskeys that have negligible gluten content cannot be predicted. Some people with a gluten allergy or Celiac disease have claimed that consuming these liquors has not caused them any harm or discomfort. Then again, many others have reported severe reactions.

Perform a small test first. Consuming a small amount might help you figure out how your body reacts to such a whiskey variant. This will help you to decide whether a particular whiskey and you are compatible. But, there are some rare brands that make whiskey out of non-glutinous sources, too!

So, what does that mean for you, as a whiskey patron with gluten intolerance? To sum it up:

Remember that you can never be too careful about the drinks that you pick. It can be a universally accepted gluten free beverage or any alternative whiskey brand that caters to the needs of a whiskey-lover who is allergic to gluten. Just make sure to find out about the ingredients.

Read More:  Are Jack in the Box Tacos Gluten Free? Info and Menu

So, whiskey is mainly made of cereal grains that contain gluten. At this point, you need no more reminders of the sad truth. Some brands, however, bring down the gluten content in their products to a negligible level, making them much safer for consumption.

These brands aren’t allowed to label their products “gluten free”. How your body reacts to less than 20 ppm of gluten depends on the extent of your sensitivity. A handful of brands make the liquid gold using non-glutinous ingredients.

Let’s look at some whiskey brands that are safer for you:

a) Queen Jennie: This is a rare breed of whiskeys that is made using sorghum. This Old Sugar Distillery product is a delicious whiskey that goes well in cocktails. Or, you can simply enjoy it “on the rocks”. Because it is made from sorghum, it is not as sour as bourbon; nor does it taste as harsh as rye.

b) Gold Spur: Another unique whiskey that’s entirely gluten free is the Gold Spur, produced by Cowboy Country Distilling. It is made primarily with corn, along with oats and millet. It is a light-bodied drink in which you can taste candied vanilla, along with corn and malt.

c) Hudson Baby: This whiskey is made purely from corn, and has no gluten grains in it. However, this brand does not label itself as a gluten free whiskey brand. This may be because there is a possibility of cross-contamination. However, it is one of the safer options for you when you’re craving whiskey.

d) Tennessee Whiskey by Jack Daniel’s: This “Black Label” whiskey might be made from gluten grains, but the distillation process removes the gluten and prevents it from passing on to the final beverage. So, you get a gluten removed whiskey that might be considered safe for you to drink.

e) New Southern Revival: This whiskey, produced in the High Wire Distilling, is made entirely out of sorghum syrup. However, the facility where the whiskey is processed also works with other spirits that are made from gluten grains. So, cross-contamination might leave small traces of gluten in it.

If you love Southern Comfort, then the bad news is that it will not fit into your gluten free lifestyle in any way. This is because all three products by this 140-year old brand have a whiskey base. In place of Southern Comfort, you can pick a gluten removed whiskey or one of the rare gluten free ones.

If your gluten intolerance is severe, then even the tiniest traces of gluten in the whiskey can trigger reactions and cause harm. In that case, it would be better to cut all ties with whiskey. After all, staying loyal to a gluten free lifestyle and staying healthy matters more than a few sips of whiskey.

is it gluten free southern comfort 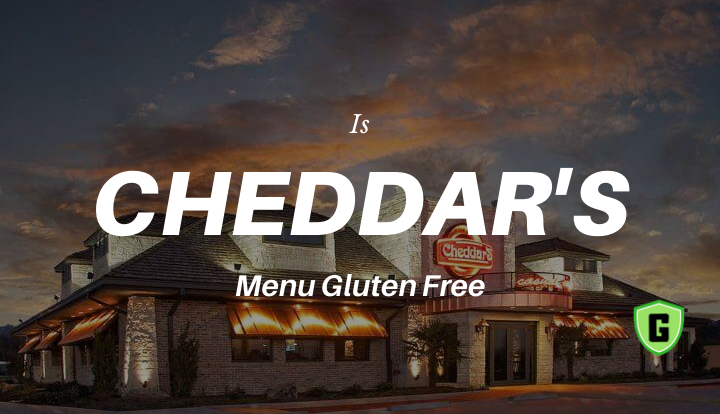 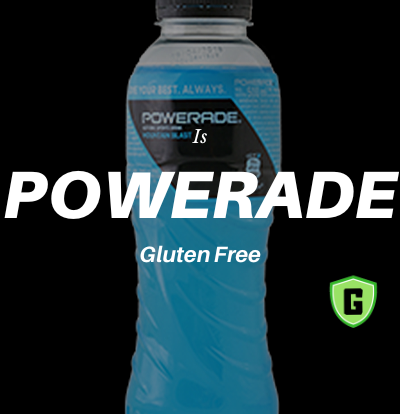 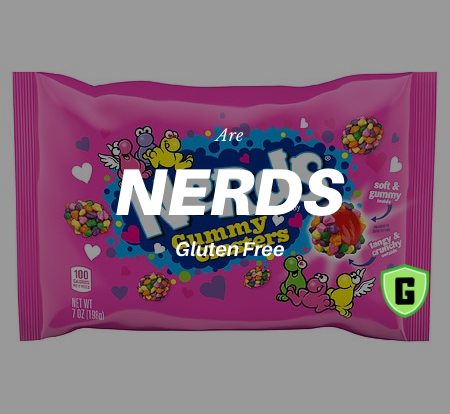 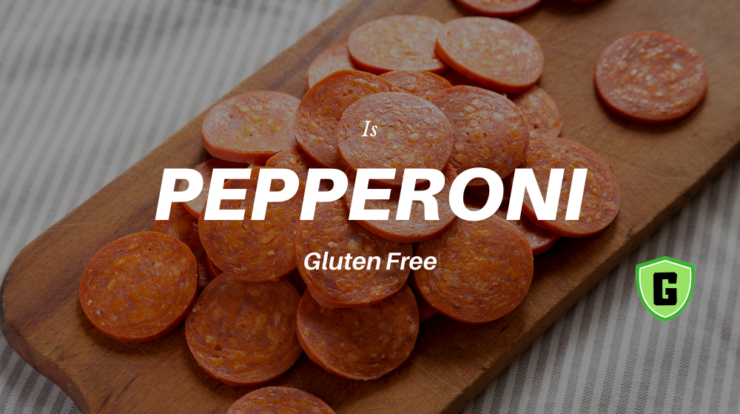 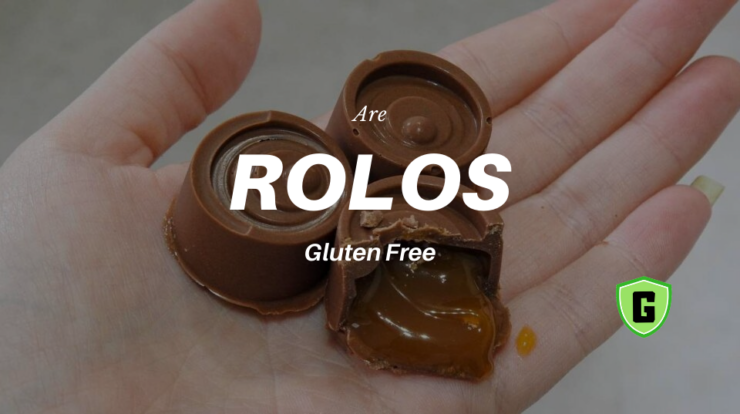