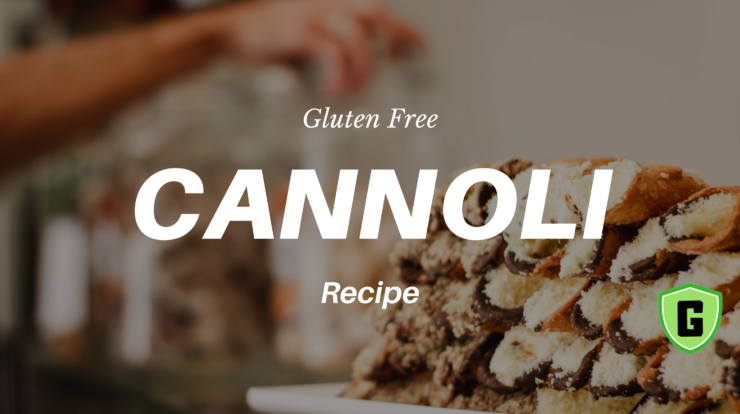 Coming from Italian cuisine, cannoli delivers a blend of smooth and crisp texture. The outer layer is thin, flaky, and crispy, while the inner filling has a smooth texture, makes it a treat of heaven.

The outer layer gets its texture from a dough made of flour, sugar, cocoa, butter, and coffee, while the inner filling is best made of ricotta, especially the sheep variant. And we want to know is there Gluten free Cannoli Recipe?

While looking at the core ingredients, you may find that this desert cannot be consumed by people having gluten intolerance or other diseases related to gluten. To your surprise, even if you are suffering from such a disease, you can still enjoy this Italian dessert.

Stay tuned to get the full recipes for gluten-free cannoli. We have even mentioned a recipe for vegan cannoli, which are free from dairy products.

For making the filling:

To make vegan and gluten-free cannoli, you need to cut down on the dairy filling. It means that your super crispy, baked shells will have a tasty dairy-free cream.

You can then finish the cannolis with chocolate and dust it with powdered dry fruit. It is a delectable recipe for all vegan cannoli lovers who don’t want to miss out on the fun during holidays!

For making the Shells Dough:

Typically people consume the dessert in the morning with some milk and coffee at room temperature.

The filling can be customized according to your taste.

You can add other elements according to your choice and experiment with the filling.

More Posts For You: